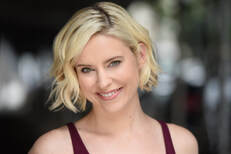 Sarah currently hosts the Starlit Salon at Jill Lindsey each month.  She is on a brief hiatus, as she just gave birth to her second son, Lou. The salon raises funds for a different non-profit each month and gives artists a theme to inspire their shared work.  She starred in Dolores in PCP's production of Dolores at The Abingdon Theatre. She played Grace in Partly Cloudy People's first production, Tigers Be Still.  Other favorite roles include Vanda in Venus in Fur at The Repertory Theatre of St.Louis (voted Broadway World's Outstanding Actress in a Drama) Harper in Angels in America and Autolycus in New York Shakespeare Exchange's Winter's Tale.  She has performed in numerous productions with Josh Fox’s International WOW Co., and also in Journeyman Pictures production, Memorial Day. Television appearances include All My Children and Bonnie Hood in Discovery ID's, My Dirty Little Secret.  Film credits include: The Union, Receding and Lightstruck.  You can also see her in the award winning comedic webseries: Work From Home playing a soccer mom who turns to drug dealing as a side hustle. During non-Covid times, she regularly appears in SHOTZ sketch nights at The Kraine Theatre and is a proud graduate of The Cleveland Play House/Case Western Reserve MFA program. www.sarahnedwek.com 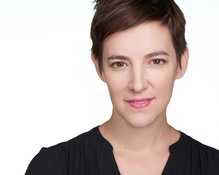 Eva has worked in theater in Chicago, New York and regionally for over a decade as an actor and producer. She holds an MFA in Acting from Case Western/Cleveland Play House, is an Acting Apprentice Alumni of Actors Theatre of Louisville, and is a Certified Teacher of the Michael Chekhov Technique through GLMCC as well as an Assistant Teacher there. She has produced over six full productions in New York and Chicago. Recently she has directed for Amios, Mastodon Theatre, NY Shakespeare Exchange, Partly Cloudy People and Athena Theatre. Favorite roles include: Brooke in Other Desert Cities, Edward/Victoria in Cloud 9, Varya in The Cherry Orchard and Hermia in Dead Man’s Cell Phone.﻿ www.EvaGil.com
Sarah Kinsey Co-Producer 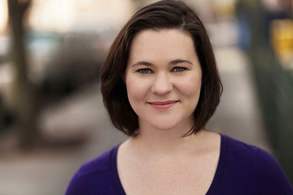 Sarah is an actor/producer living in Brooklyn. With Partly Cloudy People she co-produced Twas the Happiest Hour Before Pride, a cabaret benefiting Streetworks' Safe Horizons program. Prior to NYC, she co-produced full length plays The Typographer's Dream, Tallgrass Gothic, Obsessions and Compulsions (a weekend of 10-minute plays), and the cabaret show April Showers Brings in Chicago, IL. She has also performed in all of these projects and numerous others as a singer and actor. She holds an MFA in Acting from Case Western Reserve University/Cleveland Play House, and is a proud member of AEA and SAG-AFTRA.
For more info: Sarah-Kinsey.com
Kelly McCready Social Media Manager 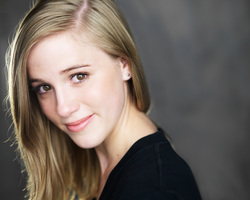 Kelly is an actor currently living in Queens. As a new addition to Partly Cloudy People, she is focusing on their social media presence and excited about the upcoming project benefiting women. Most recently, she acted at the Metropolitan Playhouse in two of their new East Village plays, and then at Ophelia Theatre Group as Miranda in The Tempest. Last year, she made her off-Broadway debut with Mint Theater Company in The New Morality. She graduated with a BA in political science and theatre from Case Western Reserve University in 2013 and is also an alum of the Moscow Art Theatre program. She is most interested in politically minded theatre. www.kellymccready.com

Phillip Chavira (Consulting Producer, Co-Founder) proudly co-founded Partly Cloudy People with Sarah Nedwek in 2011, to raise awareness between theater and strong community organizations. Phillip is currently partners with Broadway Producer Jacki Florin (Nice Work..., How to Succeed..., Bullets Over Broadway) . Before producing, Phillip worked for Davenport Theatricals’ general management office, assisted CEO of Just for Laughs Theatricals, and managed at Soho Rep, Nicu’s Spoon, and UnsungMusicalsCo. He has his MBA from Fordham University Lincoln Center and his BA from Indiana University of Pennsylvania.